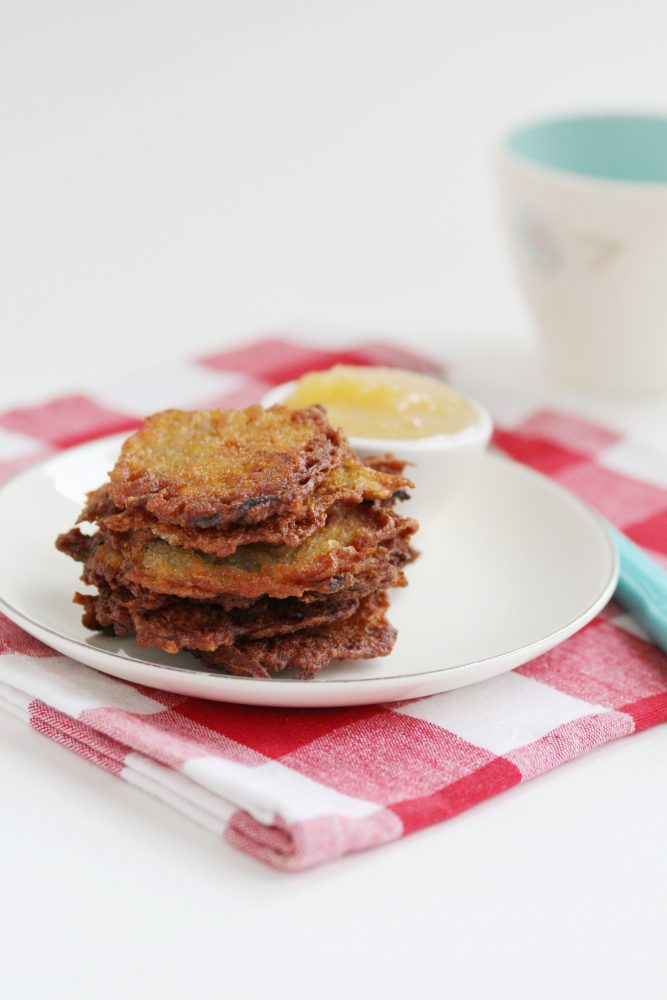 This is a recipe that I have been wanting to share for years now. Every year I try to share the recipe, but I never manage to take a decent photo to go with it. And as bloggers know, you can’t share a recipe without a photo. I think it may even be a law or something (albeit unspoken). But here is the typical scenario, which plays out every year. I invite everyone over for latkes (potato and onion pancakes, that are fantastically delicious). Because I am me (and maybe a bit of a perfectionist, ahem…), I don’t make them ahead of time (even though my mom and Bubbie used to insist that was the only way).

I start making the latkes in the early evening, right before our guests arrive. Things start heating up (literally), with my gigantic Lodge cast iron skillet heating under a big blue gas flame, shimmering with hot glistening oil. I start frying the latke mixture, making sure not to overcrowd the pan, carefully turning them once they are nicely browned on the bottoms (and being careful not to splash myself with hot oil).

This scene continues, with everyone waiting patiently for their crispy, hot potato pancakes, until the last latke emerges from the skillet. The latkes are crazy delicious, served with applesauce and a sprinkling of sea salt, and everyone goes from being ravenous and inhaling them as fast as they can, to the couch or floor feeling deliciously full. By the time this scene is over, the latkes are gone, and any hopes of photographing a latke will have to wait for next year.

Well, I decided this year would be different. Luckily my kids were full, so I was gifted latkes to photograph. It’s a Chanukah miracle!

These latkes are not only the best (in my humble opinion), they are everything you want in a potato pancake. Utter crispy deliciousness! They are also vegan and gluten-free, although no one will ever know.

This post contains an Amazon affiliate link. That means when you buy something through the links (at no cost to you), I receive a small commission that helps support this site. Thank you!

Julie's Perfect Potato Latkes
2015-12-10 21:25:59
These potato latkes are everything that you want them to be, including vegan and gluten-free!
Write a review
Save Recipe
Print
Ingredients
Instructions
Notes
By Julie Hasson
Julie's Kitchenette https://www.juliehasson.com/
Share and Enjoy:

Previous Post: « 11 Must have Holiday Gifts For Those Who Love To Cook!
Next Post: We Have A Winner For DIY Vegan! » 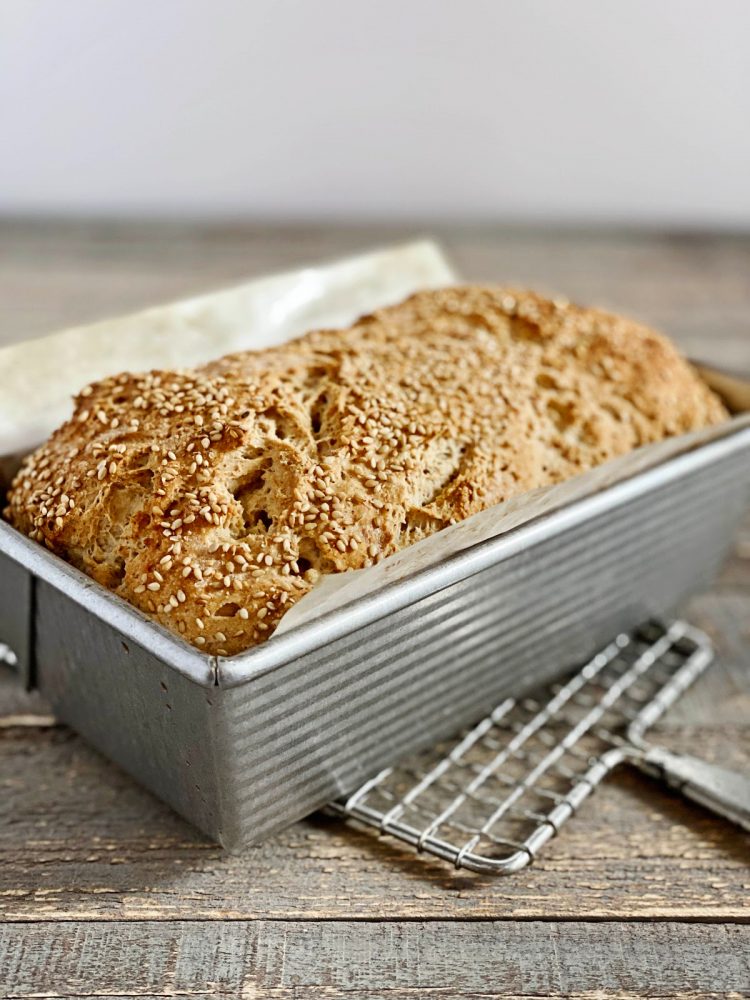