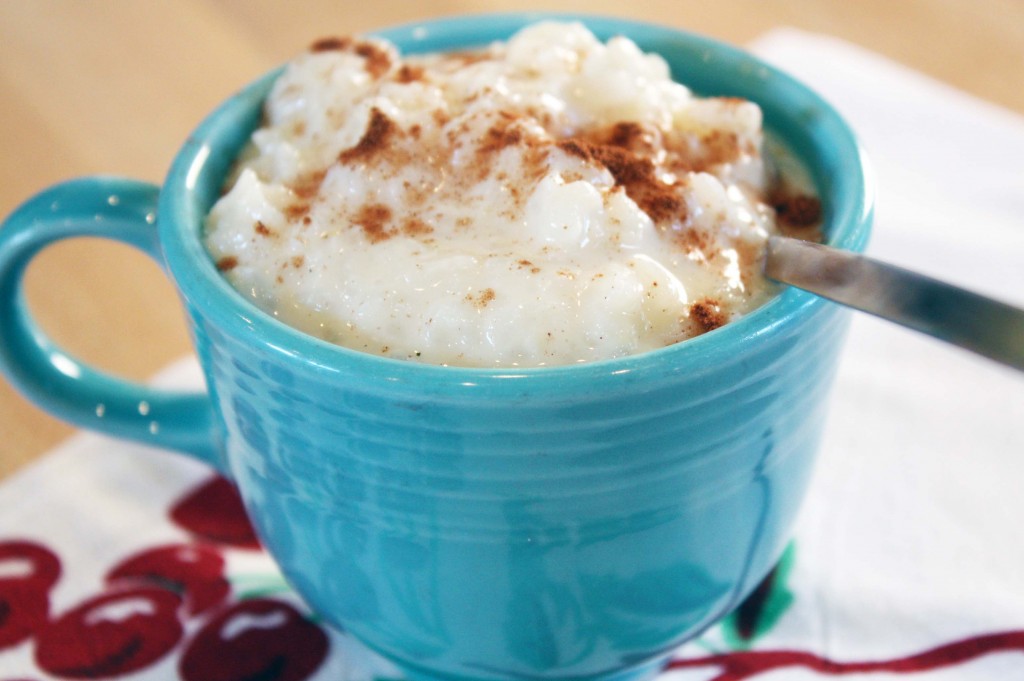 I’m a pudding person, through and through (although I’m also a pie, cake and cookie person too!). Let me just say that rice pudding is no exception. This go-to recipe of mine is from Vegan Diner, and although it’s absolutely delicious as is, I also sometimes use it as a blueprint, changing the flavor depending on my mood. Sometimes it’s vanilla all the way, with a sprinkle of cinnamon on top. Other times it’s chai spice or pumpkin or almond. I love the versatility. It really is endless. Oh, and although I usually use soymilk, this morning I decided to try it with So Delicious Coconut Milk Beverage (from Turtle Mountain). It was awesome!

Here’s my basic rice pudding recipe, just in case you’re in the mood.

1. In a saucepan over medium heat, combine water and rice and bring to a boil. Cover, reduce heat to low and simmer for 15 minutes. Remove saucepan from heat and let sit, covered, for 5 minutes.
2. Add milk and sugar to cooked rice, stirring well. Return saucepan to stove. Cook over medium heat, stirring continuously, for 15 to 20 minutes or until very thick and creamy. If pudding is too thick, thin with a little more milk until desired consistency. Remove from heat and stir in vanilla extract or paste. Let rice pudding cool slightly before serving. If desired, sprinkle with ground cinnamon before serving.

Pudding Variations:
Almond, Add 1/2 to 1 tsp almond extract in place of the vanilla
Raisin: Simply toss in a handful of raisins when first cooking the rice. This will plump them up nicely (or add in with the “milk”)
Cherry: Toss in a handful of plump dried pitted cherries
Pumpkin: Stir in a little canned pumpkin puree with the “milk”. You’ll want to add pumpkin pie spice too, or ground cinnamon, allspice and nutmeg to taste.
Chai Spice: Substitute unsweetened brewed chai tea as part of the “milk” -maybe 1/2 cup or so (or to taste). You can also add some additional ground spices for extra flavor
Ginger: Stir a handful of finely chopped candied ginger in at the end of cooking (maybe a 1/4 cup or so)

P.S. Can you spot the Fiestaware?