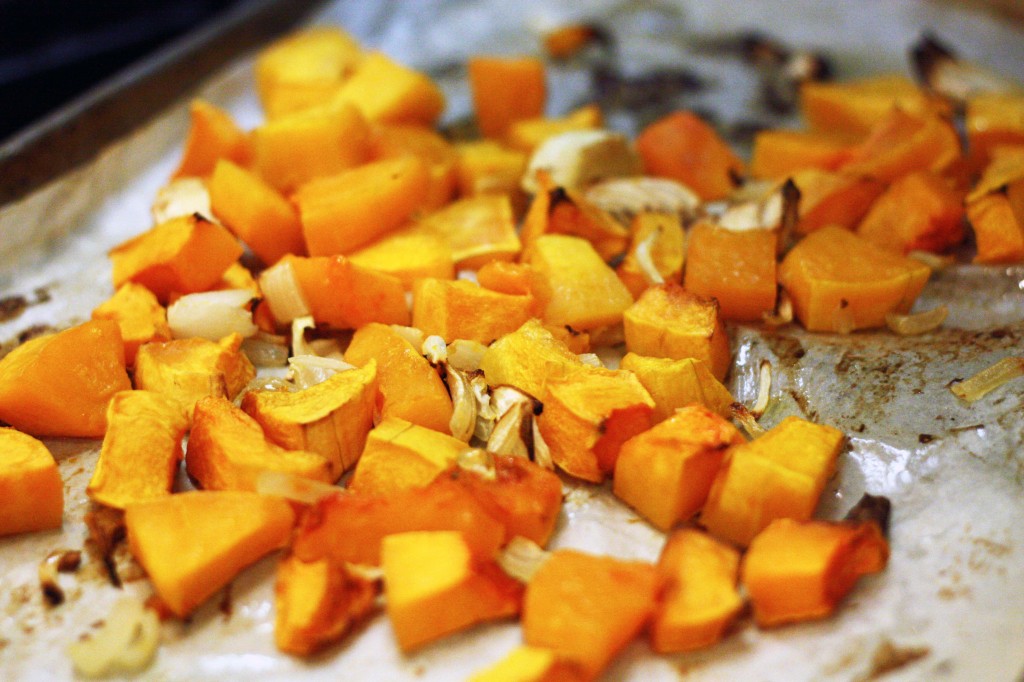 Last week when I strolled around the farmer’s market, I was completely seduced by the gorgeous winter squashes, with their vibrant orange, green and yellow hues. Of course I bought about six of them, stuffing them in my small blue fabric bag. Just carrying them was a workout in itself. These babies were heavy! But at $1 a piece, I was more than happy to carry them.

Now, what did I do with them? I cooked two so far, and the rest are sitting in a big bowl in the middle of my table, waiting to be roasted and stuffed some other night. The two that I did use were butternut, and I peeled and seeded then, cut them into chunks and roasted them along with 1/2 a large sliced onion, at 400°F with a drizzle of olive oil. Once the squash was tender and lightly browned, I removed it from the oven and let it cool. I then popped it into the blender along with some water, a little veggie bouillon (Better Than Bouillon No Chicken Base)  a little dried rubbed sage and nutmeg. I think the ratio was about 5 cups of diced raw squash, half an onion and enough liquid to thin (maybe 4 to 5 cups). I added the dried rubbed sage to taste, along with some freshly grated nutmeg. Then I pureed the soup until smooth, transferred it to a saucepan and heated the soup until it just came to a simmer. This soup was so fabulous! My husband said it was his favorite soup, which is saying a lot because I make soup all winter long.

If you get a chance, give this soup a try. If I have some time soon, I’ll try and film it for Everyday Dish. Otherwise, the blueprint above should do the trick. Now, what are some of your favorite things to do with winter squash? 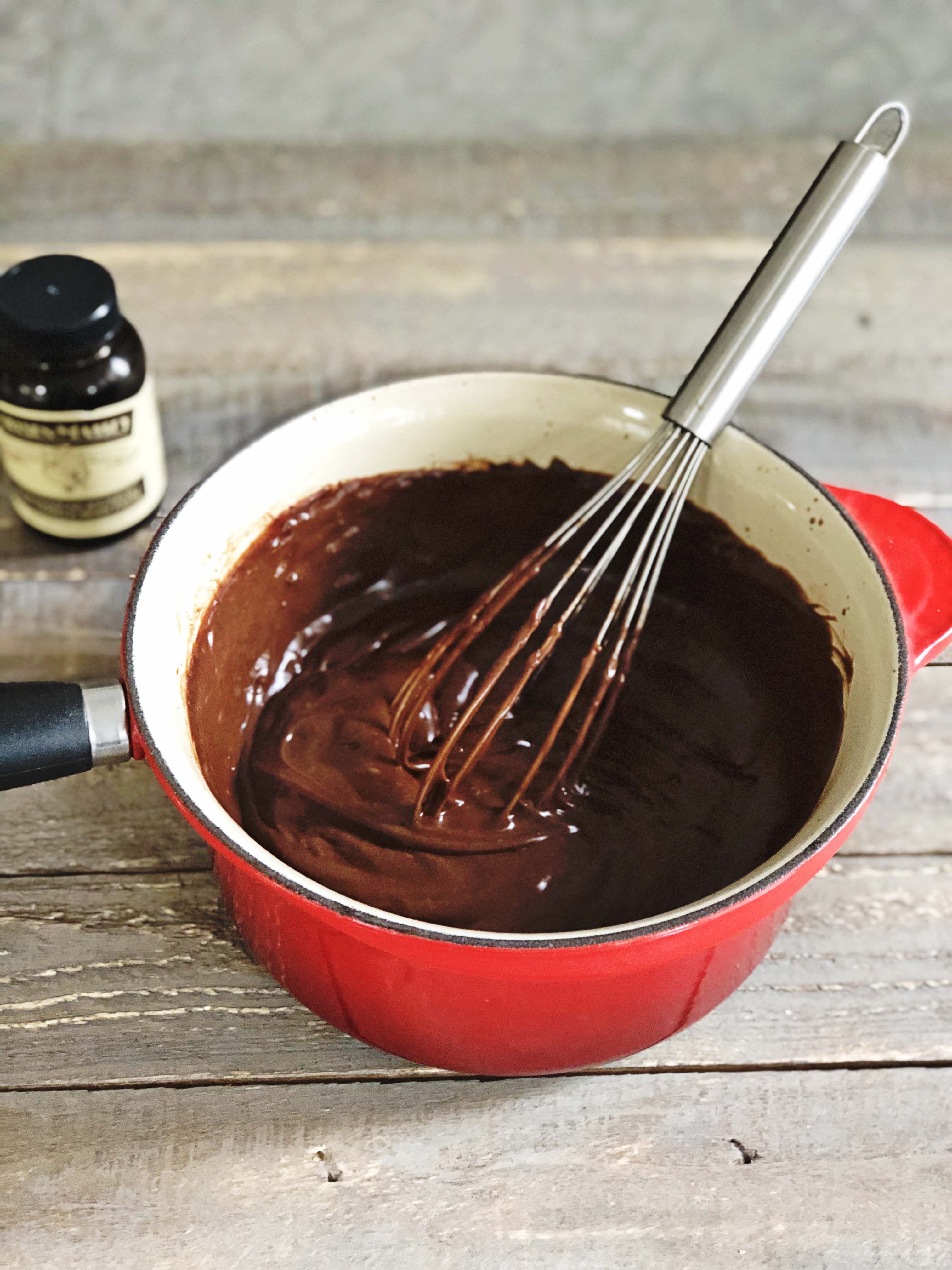